Branscan, our family run business was founded in 1993 to design a simple system that could measure minuscule bran specks in flour. The initial concept of measuring bran specks in flour came from a group of millers, whose idea was to create a new way of measuring the quality of flour accurately and consistently without having to resort to the ASH value, as in the UK this could not be used due to the addition of calcium into the flour.

The first instrument which we designed was the Branscan  B1000 in-line speck measurement system. Flour-mills around the world were quick to adopt this system so they could monitor flour quality in real time. This method of capturing the sample was, and still is, unique and it ensures the sample is collected in the same way every time. This is important as it gives the miller confidence in the results on the control room display.

The second system to be designed, was the Branscan B2000; a new top loader system that displayed all of the same data as the Branscan B1000 system, however this could be used either “at line” or in the laboratory.

Numerous mills adopted these systems to safeguard the quality of the flour being produced, and it allows for a further check method for the inline Branscan B1000.

In 2003, we launched the new Fluoroscan machine, which replaced the original Branscan instruments. Fluoroscan measures the mineral content of flour (Bran and Aleurone) and thus provides an accurate ASH reading to within +/- 0.02 to reference (the reference being the furnace method).

At the same time, we also introduced a new laboratory appliance, which featured a much more convenient top loading system, and, with an all-new user-friendly software interface, it has become one of the quickest and most accurate laboratory ASH measurement systems, available in the agricultural marketplace.

An updated version of the In-line Branscan B1000 has also been released, however we kept the original, well-proven sampling method the same. Due to our success in creating this distinctive sampling technique, we added a Near InfraRed (NIR) device to our current systems in 2010. In 2018, we released our new handheld NIR2GO scanner.

This followed the primary principle of NIR, that is, the flour is collected and measured the same way each and every time. This means that the accuracy and repeatability is considerably improved over systems that measure on a falling or moving sample, and therefore our NIR device can also be used in diverse businesses, such as the food, agricultural, edible oils, pharmaceutical and textile industries.

Following the success of this product, we recently launched our N4000 product, our inline NIR scanner.

We are an innovative company, and have a proven track record of providing businesses with bespoke solutions whatever their scanning needs.

Image analysis is where we came from, NIR is where we are at – always at the peak of technology for a demanding and fast paced world. 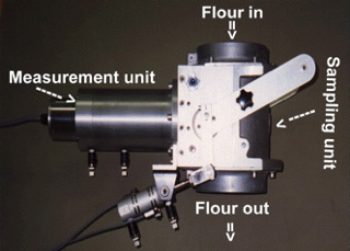 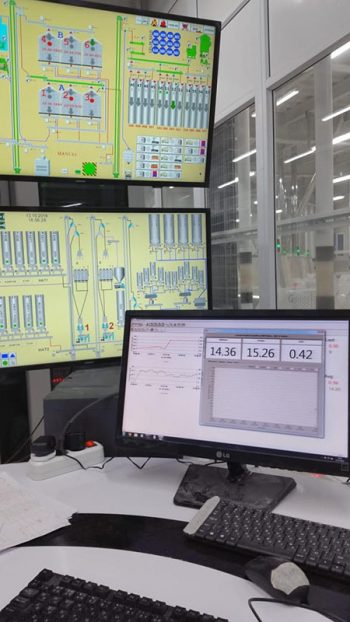 Branscan Limited was founded over twenty years ago, for millers and bakers, to support their industry. Our goal was to develop a system, with UK millers agreement, which was capable of accurately measuring the quality of flour using bran detection in flour to replace the traditional ash method in the UK.